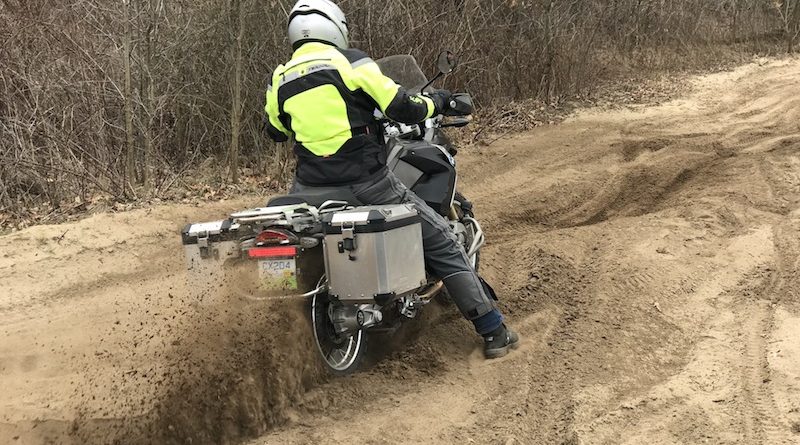 Finally.  Good enough weather to ride.  A week later than originally planned due to the freezing rain and snow, we held the ADV ride down to the Maumee State Forest APV area in Swanson, OH.

We met at the Harvest Moon Cafe in Ypsi for some breakfast, then took off for the trails.  Along the way, we picked up a few more riders.

The trails were whooped out a bit, but it was all in reasonable condition.  There is always a fair amount of sand, and it did it's job of bringing many of us down to earth, so to speak... 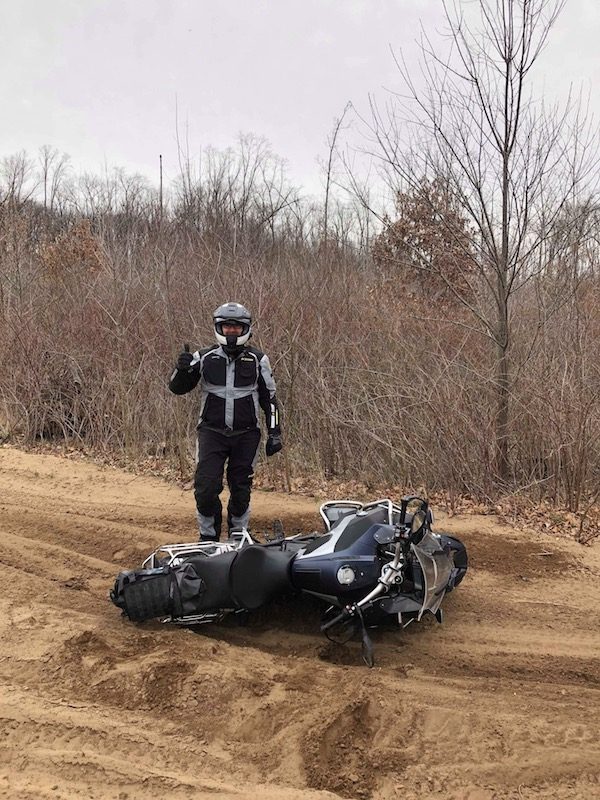 Showing us how to keep your brand new bike clean (mostly, anyway...): 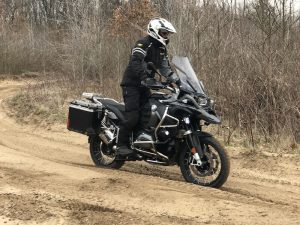 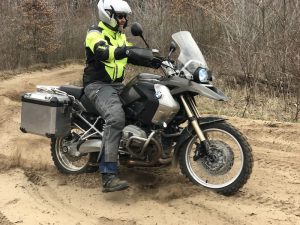 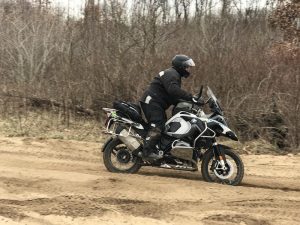 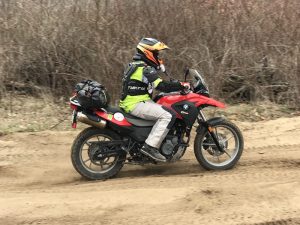 Then there's always the guy on the mini-bike to make you feel real slow: 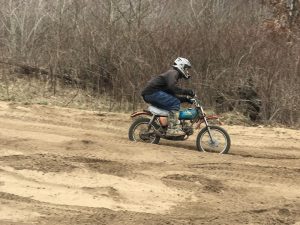 After a several laps, most of the crew went up to Dundee for lunch at La Fiesta.  A great way to start the season!