From humble beginnings, to the start of the MOA, and back to being one of the strongest local clubs nationally - the TCD has endured the test of time.

In the fall of 1968 a local Detroit BMW motorcycle rider,  Vern Hansen, 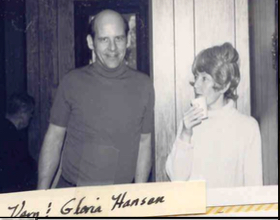 placed an ad in the newspaper seeking other BMW motorcycle owners to form a club. The purpose of the club was riding. No clubhouse, no meetings, no motorcycle club colors. 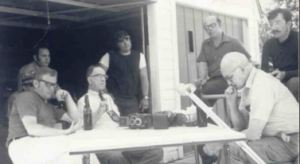 Starting with 8-10 like-minded riders and couples, the BMW Touring Club of Detroit was born.  There wasn’t a newsletter, just a list of the planned rides at the beginning of the season.  With that, the club grew.

In 1972 the leaders of five regional U.S. BMW motorcycle clubs traveled to Chicago (including

the BMW TCD President) and formed the BMW Motorcycle Owners of America.  It was designed to be a ‘club of clubs’ – to do things together that would be hard to do as a single club alone. 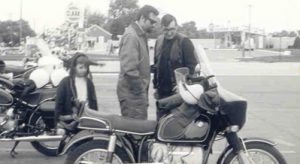 In those days, there was a big need to help support the motorcycles (mostly /5’s), share technical learnings, and to work together to help one of the charter clubs host the National Rally.

Vern Hansen, the TCD Founder and President was elected as the first BMW Motorcycle Owners of America President. The BMW Touring Club of Detroit is the first chartered club in the BMW MOA - Charter #1.  The BMW TCD was an integral part of starting the largest national BMW motorcycle club in the world.

Riding has always been the focus of the club. In the 70’s a club ride was scheduled for almost every Sunday during riding season after breakfast. Many different members were willing to be a leader for a day. And because of the diversity of personalities in the club, the rides were diverse.

Many of these diverse TCD rides have become tradition. Fall, being apple harvest time, meant a ride led by George Adams to a cider mill.  Dave and Kathy MacFarlane’s famous quest to find the best ice cream involved rides to many dairy farmsand ice cream parlors across the state.  This is continued annually by Mike Osmer.  1984 was the year that Vermontville Maple Syrup Festival Ride began. The Cherry Country Rally hosted by the TCD in northern Michigan was a MOA rally stop for years. The TCD Edmund Fitzgerald Ride began in 1988.  The spaghetti dinner at the Hansen’s home, evolved into our annual dinner. 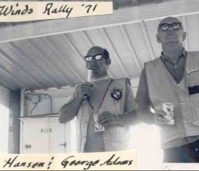 attendance at major rallies.  Ambassadors include Dick Hautau, was appointed the first official Club Ambassador in October 1972. Tom Gary, Al Feldman and Glenn Brechner are the other TCD members who have been named Ambassadors in recognition for their outstanding service to the MOA, its chartered clubs, and its members. On the riding front, Wade Allen won the “Pioneer” award in 1982 for having attended the first ten of the National BMW Rallies.  The TCD had 102 riders at the ’87 MOA National Rally in Escanaba, MI., but came in second to the Chicago club for most riders.  Not to be deterred, in 1988 the TCD was #1 in attendance at the MOA National Rally in Madison, IN. and at the Finger Lakes Rally.

As the BMW bikes have evolved, so has the TCD.  Touring and rallies have been at the heart of the club from the beginning and continue to this day.  With the advent of the GS, Adventure Riding and Dual-Sport have developed into a big part of what the club does. 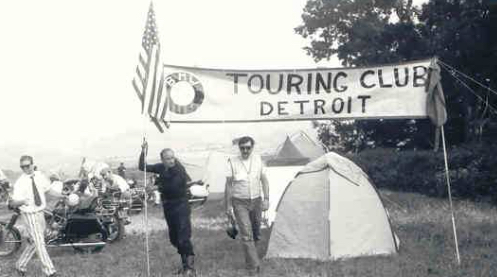