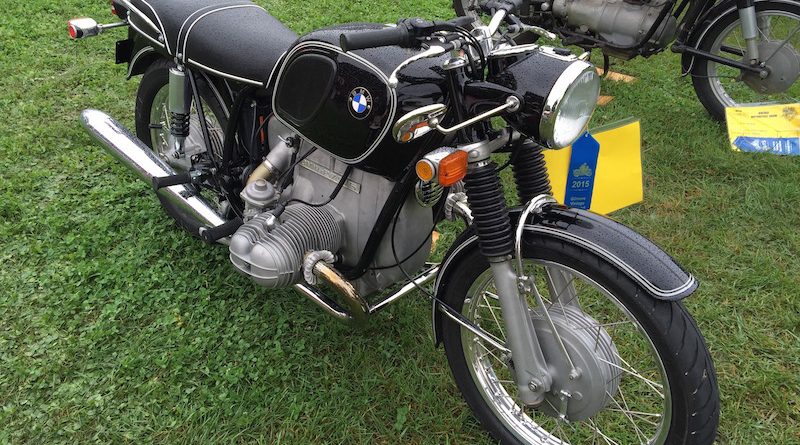 It was a beautiful day for the 21st Annual Vintage Motorcycle Show and Swap Meet out at the Gilmore Car Museum. The day before on Saturday, the temps were close to 90. Thankfully the heat wave passed and it was a nice 58 degrees for the ride to breakfast at Senates Coney Island in Northville.  I met up with Steve Miller, (no.... not THAT one), and Gary (i'll apologize now, i forgot your last name).  We had a great breakfast and left about 9:30 to ride over to the Stockbridge Town Square to pick up Mike Eckstein on his vintage 1970 R75/5 ride.

Dave DeCook led a group of about 8-9 riders, leaving from the Pinckney Town Square, you can read about his ride over on the forum.  As my group passed through Pinckney, we just picked up Dave's route that he had made available.  It was still nice and cool, and Livingston and Washtenaw counties have some of the nicer roads around to ride.  They also have lots of wildlife!  As we were passing a farm house, this dog came shooting out of the yard into the street, determined to protect his domain.  By the time he got to the street I had already passed so he concentrated mostly on Gary who was second in line.  Mike and Steve brought up the rear, and as the three of them slowly weaved around the dog, he let us pass and we continued on our way unscathed.

About a half an hour after that we encountered a mother deer and fawn. The mother exploded out of the bushes right next to me, barely missing me. Gary had to slam on his brakes to keep from hitting her. Mike had slowed down some already when the fawn came bounding out of the same place and ran parallel to him for a short distance. The fawn then decides to follow mom, so as it turned, it clipped the rear tire of Mikes ride. Not enough to upset Mike, but the fawn tumbled over, got up, and ran after mom.

About five miles from the museum, we got behind a Harley Riders group from Detroit, there must have been 20-30 of them.  And the closer we got to the museum, the more bikes we encountered.

I had never been to Gilmore before and it was amazing to see all of the motorcycles that were just in the parking lot.  It was even better once we got inside to look at all the vintage hardware.

It was a nice sunny day to wander around and look at old motorcycles.  And there was lots to see. 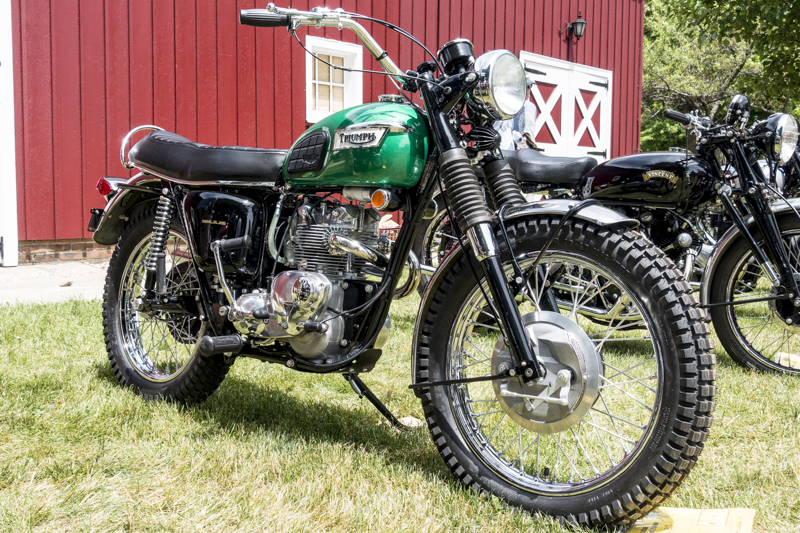 We are a BMW club, so here are some fine examples. 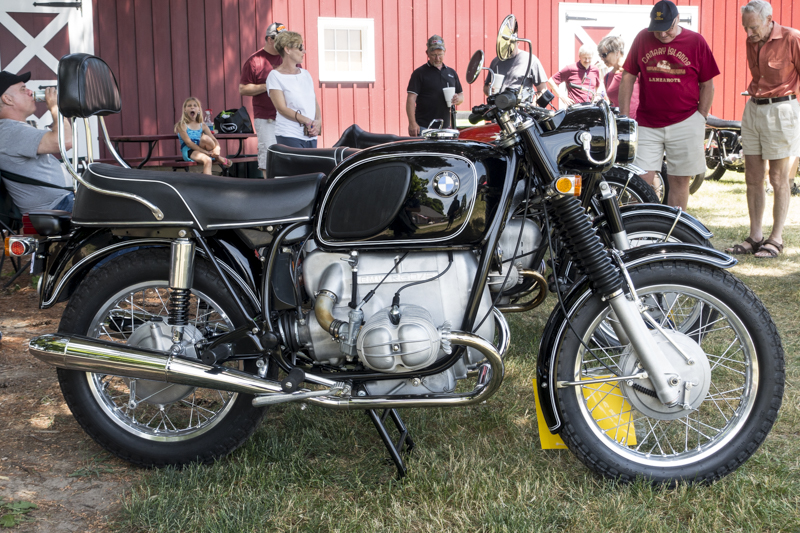 I really like the blue and chrome on this one. 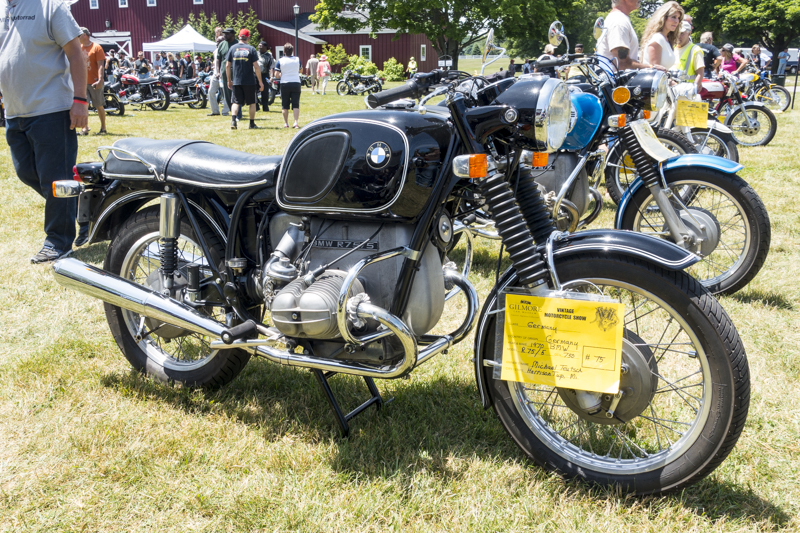 And finally, I'm including this one because this exact model is one of the motorcycles I owned when I lived in California.  I worked at a Kawasaki dealer at the time and when this came in on a trade I jumped on it, literally and figuratively.  I had it for about 6~8 months before it was stolen.  My next motorcycle was a Kawasaki Concours 1000, I had decided that I wanted to do some long distance riding with a bit more comfort. I put about 65,000 miles before I sold it.

All in all, a great day of motorcycles and sun.  And on the way back, only a couple of very relaxed beagles laying in the middle of the road gave us any excitement. There was one wrong turn by me, which led us to a dirt road, so we backtracked a couple of miles to get back on route.  For a map of our tracks go here.