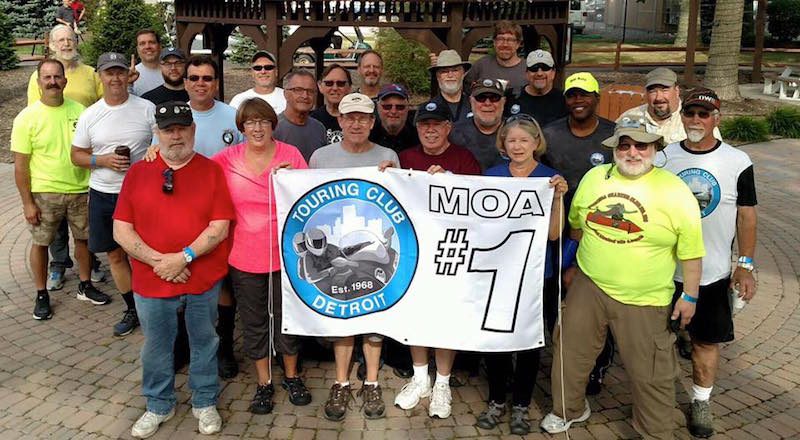 Although it was impossible to wrangle everyone into one place at one time for a photo, approximately 30 TCD members made their way to western New York to the Hamburg fairgrounds for the BMW MOA 'Das Rally'.

The weather was relatively moderate, other than some severe wind which took it's toll on lots of tents one night early in the rally.  Luckily, no TCD'ers were occupying one of the port-o-let's which blew over.

Lot's of vendors, a huge GS Giants track, a full beer garden, and some great music provided a lot to take in.