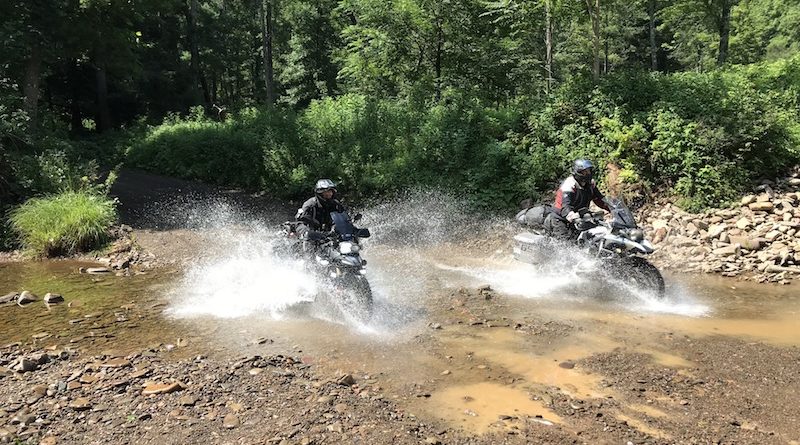 It sounds like alphabet soup, but it's a great ride.

Backcountry Discovery Routes is a non-profit organization whose mission is to establish and preserve off-highway routes for dual-sport and adventure motorcycles.  The 'BDR' organization has created eight cross-state routes, comprising thousands of miles of verified and enjoyable terrain for adventure and dual-sport motorcycle riding.  In 2018, they unveiled the Mid-Atlantic Backroad Discovery Route or 'MABDR' for short.

The BMW TCD organized a trip to tackle this new route in July 2018 from south to north.  Conveniently, the conclusion of the ride was only about 30 miles from BMW Riders Association National Rally in Wellsboro, PA, so the plan was to hit the rally after the ride. 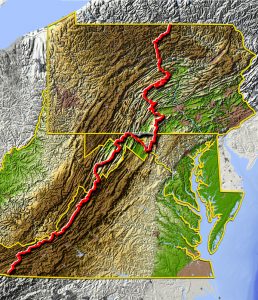 The MABDR is a scenic ride that uses dirt, gravel and paved roads to wind through remote parts of Virginia, West Virginia, Maryland, and Pennsylvania. Starting in Damascus Virginia, and ending in Lawrenceville, PA, this 1,080-mile route leads riders up the spine of the Appalachian mountains.

Our plan was to meet a short distance from the start at the fine Red Roof Inn in Abington, VA, and make our way through the ride in 4.5 days.  We didn't really know how many miles a day we should cover, but 250 miles was the number we settled on in our pre-ride planning.

The ride was fantastic, but 250 miles may have been a bit ambitious.

We got some rain at the end of the day, and instead of camping, we made our way to the RoseLoe Motel in Hot Springs, VA.

It was a Sunday night, all the restaurants has closed, we were very hungry.  The hotel manager went above and beyond to give us a beggar's banquet.

He scraped together all the frozen foods left behind by guests plus a bit from his own freezer.  We had two or three Digiorno pizzas, 8 super tasty frozen hamburgers with buns (how is it possible that they were so good...), some meatloaf, and some angel fruit cake (that some very careless person spilled rum on) for dessert.

We were all stuffed.

The RoseLoe Motel was very highly rated by all of us!

Our retired deputy alarm clock reliably goes off every morning at 5:00 am, so we had an early start to day 2.

After a great morning on the trail, the Family Traditions diner in Petersburg, VA was a great stop for lunch.  The small town atmosphere could not be beat.

The culture and entertainment of the locals was on full display on our diner placemats for the upcoming Tri-County Fair.  They were very proud to have Trace Adkins be the warm-up event on Tuesday night.  Trace Adkins as the 8:00 warm-up, the headliner must be something!  That's right - they release the breeding pigs at 10:00 pm.

The Beauty Pagent and Guy Penrod also suffered the same fate vs. the breeding cattle and the cow chip bingo game on other nights.

Now for a photo journal...

Our second night, we made it to Cox Camping in Great Cacapon WV.  A nice place, but they tried to fleece us at $25 per tent per night.  Instead we opted for two cabins for $200 stayed indoors with air conditioning and washer/dryers to catch up on the laundry.

On the 5th day, we finally made it to the RA Rally.  We detoured from the route, went to the rally and set up the TCD camp.

We then went back and finished the ride with our real estate secured.

A great ride, with a fun group of friends.  Lots of laughs.  Not without some difficulties, but thankfully everyone is OK.

If you missed this round, we have a group planning a second trip leaving at the end of September.