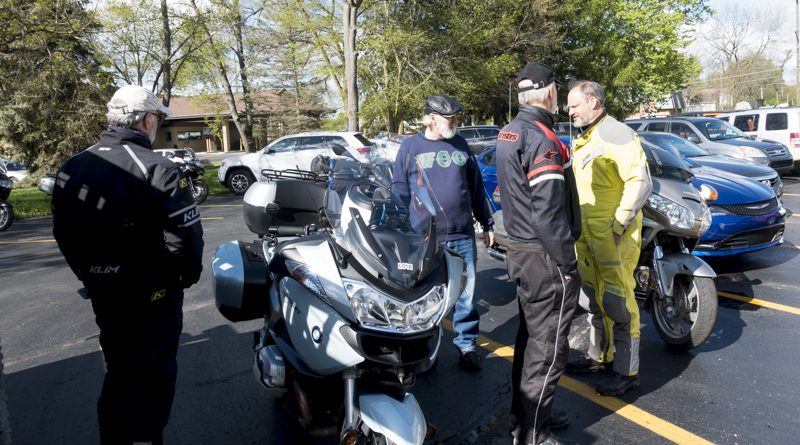 On May 15th, the BMW Touring Club of Detroit held their 14th Annual Williamston Ride.  We started at the Pinckney Masonic Hall for breakfast, and with our tummies full,  headed out about 9:30 to Ruth Zimmermans beautiful property for a BBQ.

After splitting up into two groups, paved and un-paved roads, we headed out for an hour or so long ride to Ruth Zimmermans house, which is where her pottery studio is also located, just west of Williamston. 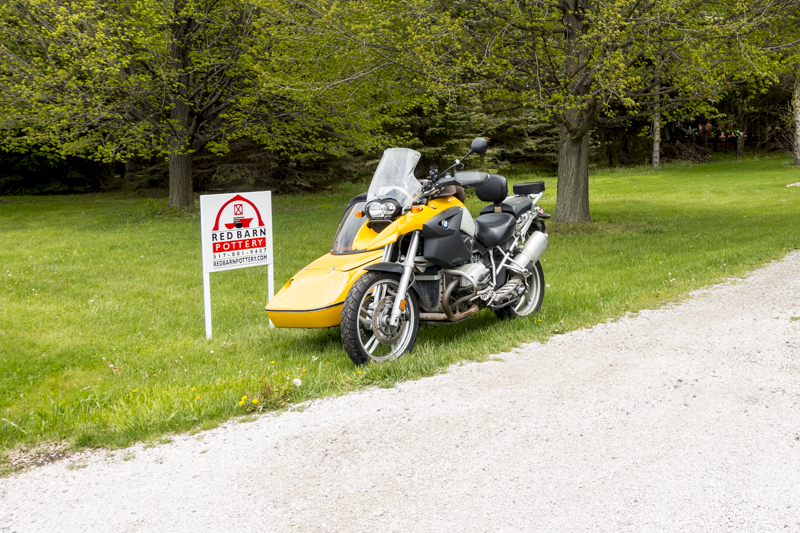 The weather was a bit overcast at times, but did nothing to dampen the ride through some of the nicer back roads in the area.  The road group got there first and as we hung out near the fire to warm up some, the dirt riders showed up just a bit later. 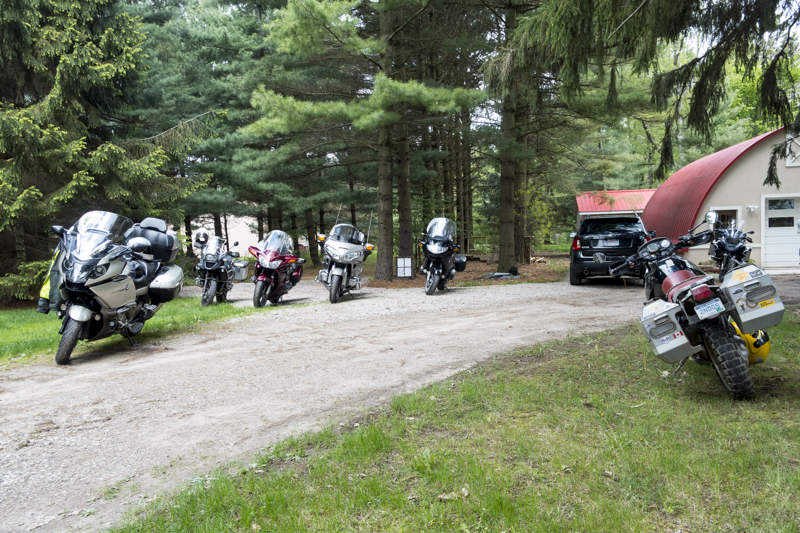 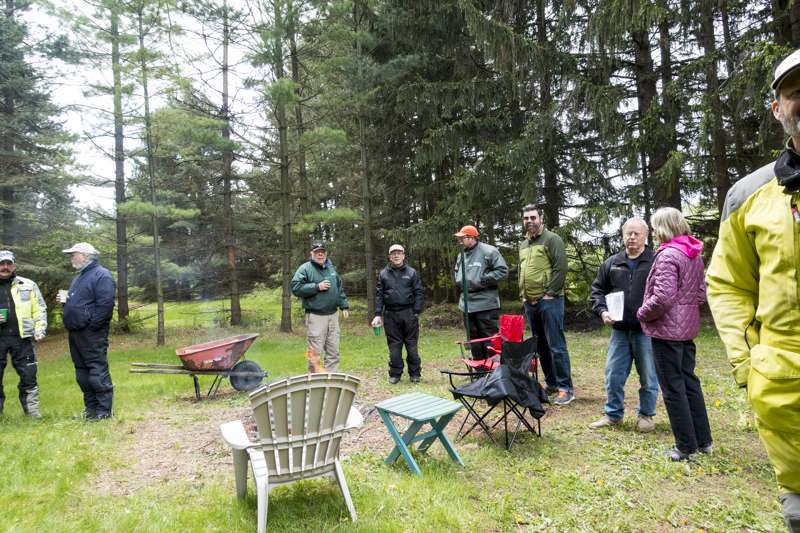 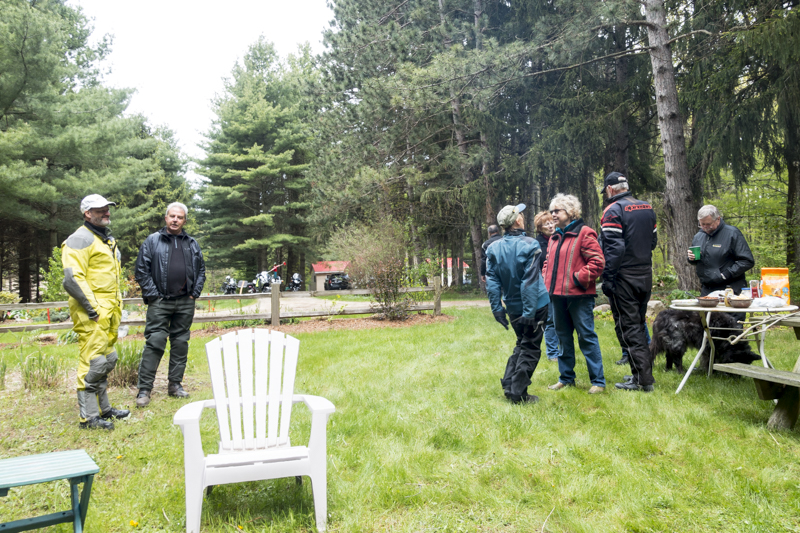 After a while we started cooking hot dogs on a stick over the fire, nothing tastes better. A few even roasted some marshmallows. 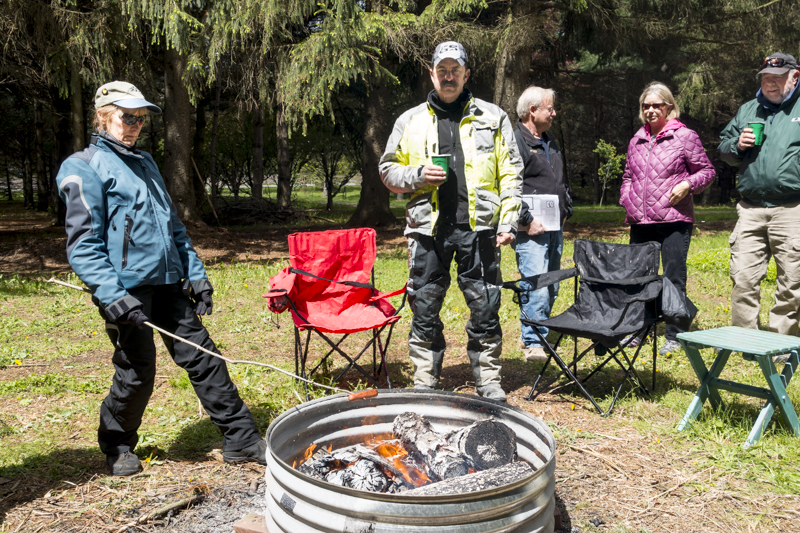 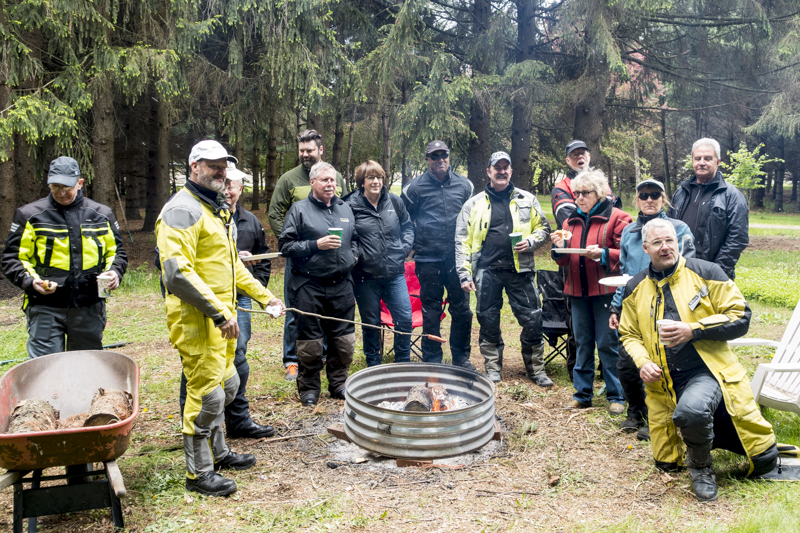 Another great ride, great food and great company.  A good time was had by all, even if my riding gear still likes camp fire smoke ;).