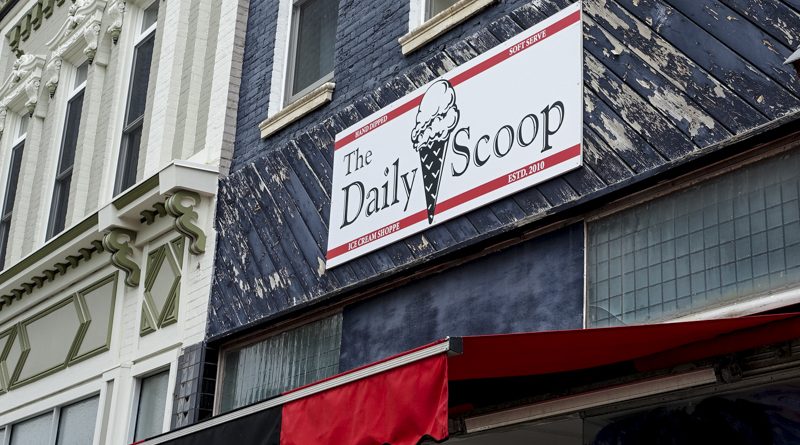 The forecast was for scattered showers, and as we sat at the Pinckney Masonic Hall finishing breakfast, it was lightly raining.  We had about 15 members show up for breakfast, but most of them filtered out over the next 10/15 minutes.  We waited a bit longer and the showers passed.  By the time we walked out and geared up the roads were starting to dry up. There were six of us left, and we were going for ice cream. The showers held off long enough for us to get to the Daily Scoop in Mason. 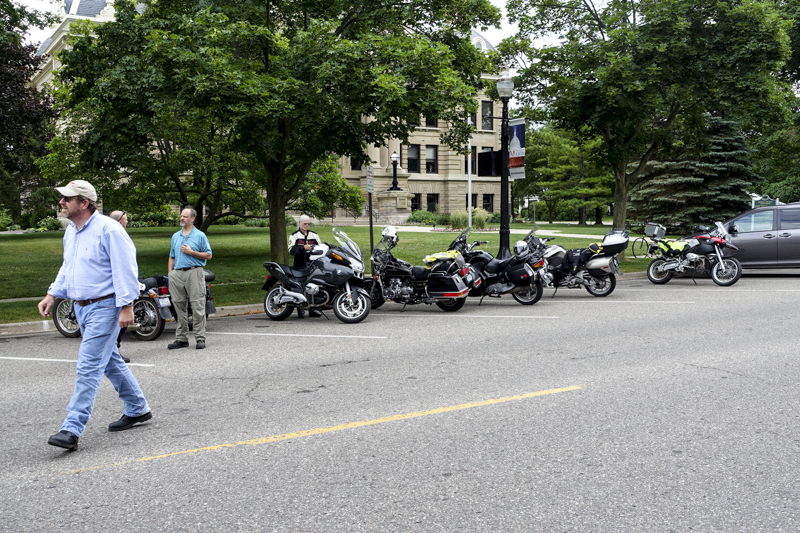 Mike E. showed up for breakfast in sandals, he wasn't riding due to an injury to his knee earlier in the month. About 5 miles in, he surprised us by joining the ride on his Ural sidecar, with boots on. 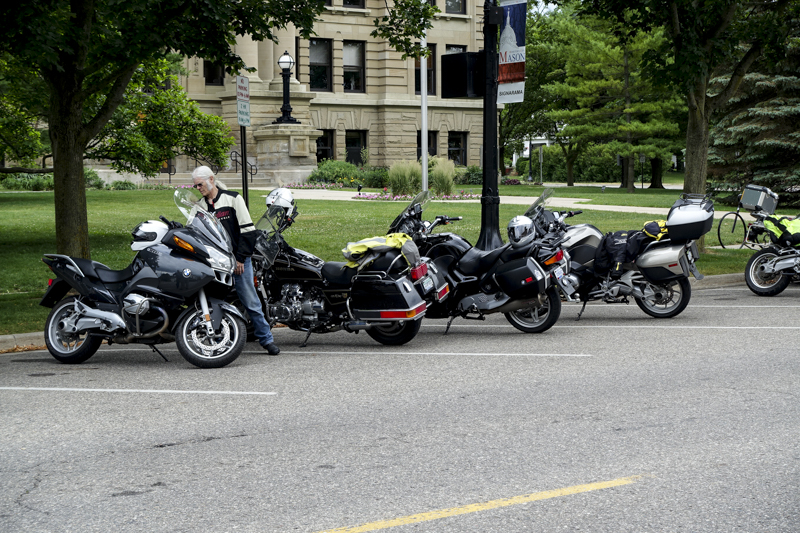 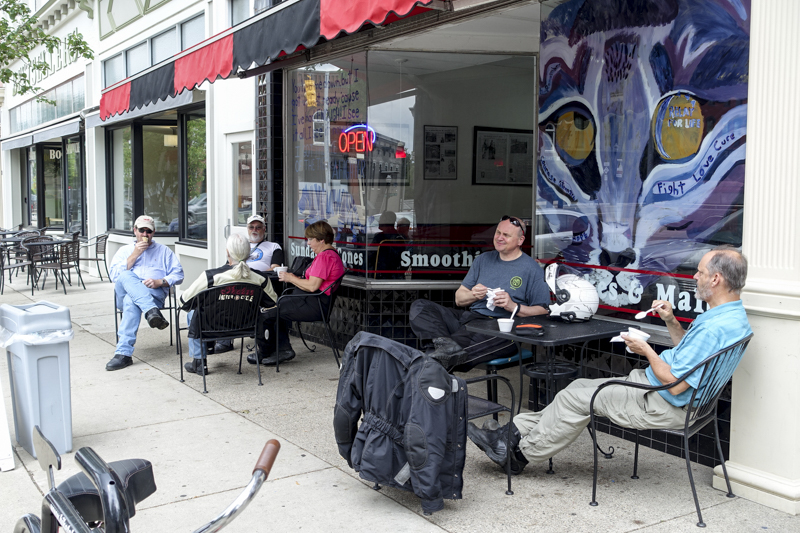 While we were eating, the rain showed up again for about 10 minutes.  We sat under the awnings, eating ice cream, and waited for it to pass.  Once it stopped we decided to head out before the next wave came along.  Mike waited a bit longer to make sure he didn't ride into the rain on his way home.  I made it back to Pinckney and stayed dry, another great ride for the club.