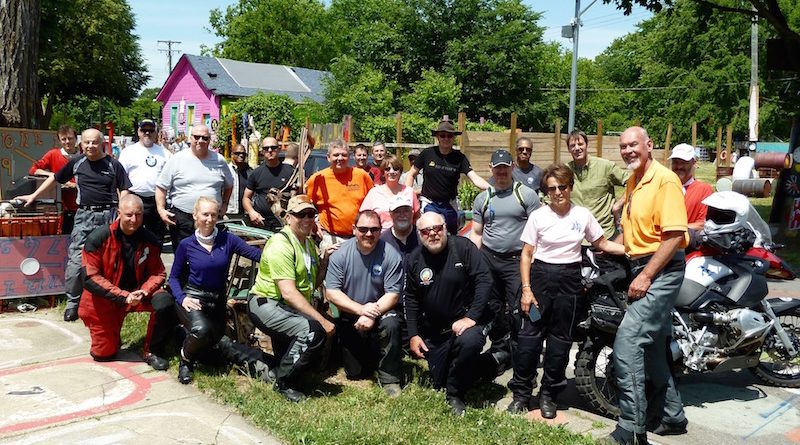 We started out at Los Galenes Restaurant where somewhere about twenty of us met for breakfast. 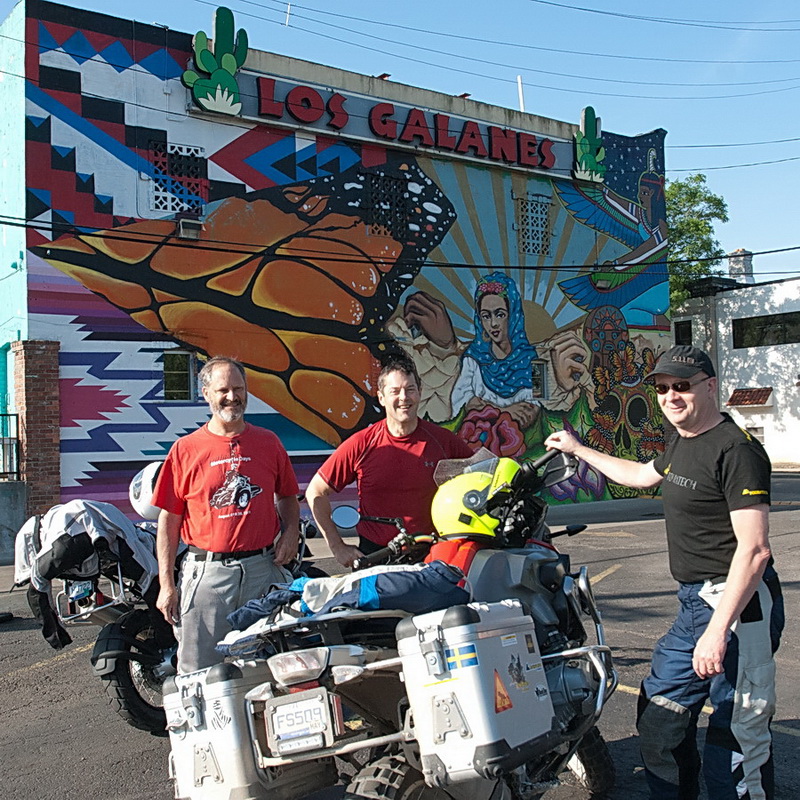 This was my first visit to Detroit’s Mexican Town and I was impressed with how vibrant a community it is.  Our group gathered in the outside seating, but it wasn’t long before the inside seating was filled with bikers—the non-motorized kind. Evidently, Los Galenes is a well known and well used watering hole.

After breakfast, we broke up into smaller groups.  We rode through a quiet and clean center city, up Jefferson Ave, to Belle Isle.  The island is now a state park and you either need a pass or pay $7.00 to enter. However, the rangers were fairly casual about entering. I have the state park pass, purchased with my last license renewal, so the ranger asked if everyone behind me had a pass and I said, “Sure” , so she waved everyone through!  We rode some quiet roads past kayakers, picnickers, and the Detroit Yacht Club, with a short stop in the conservatory parking lot  for a break and to cool off a little—it was starting to get hot and approaching the 90 degrees promised for the day.

A quick ride up Grand Boulevard led us past decaying neighborhoods and through prairie like areas with a home or two surrounded by vacant land.  Then stops at the old Packard plant, symbol of the City’s decline and decay, and the Heidelberg Project. 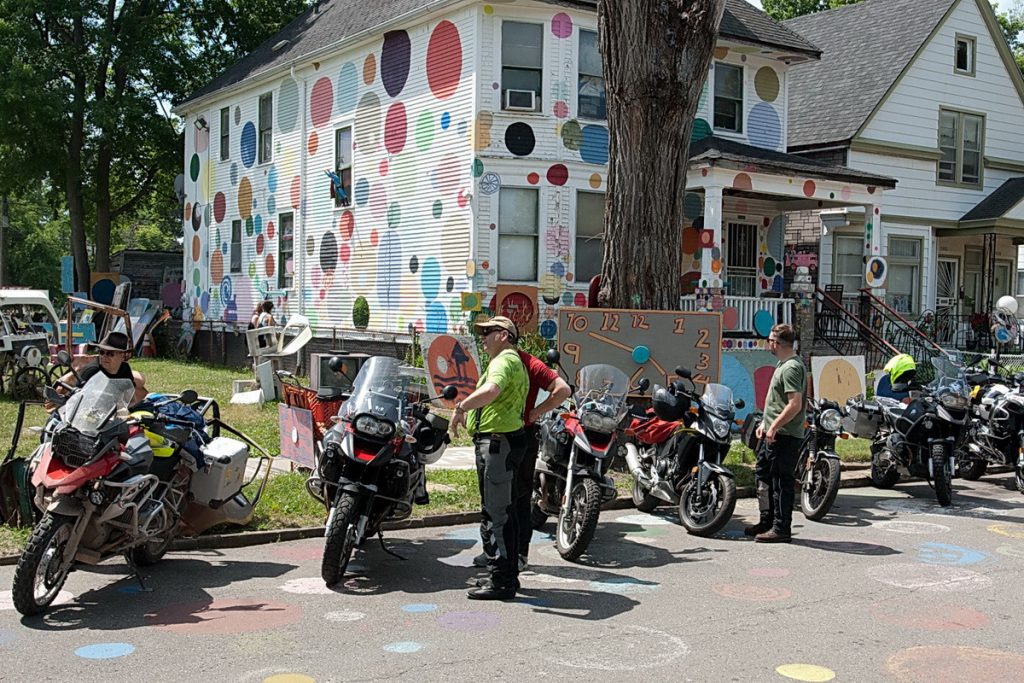 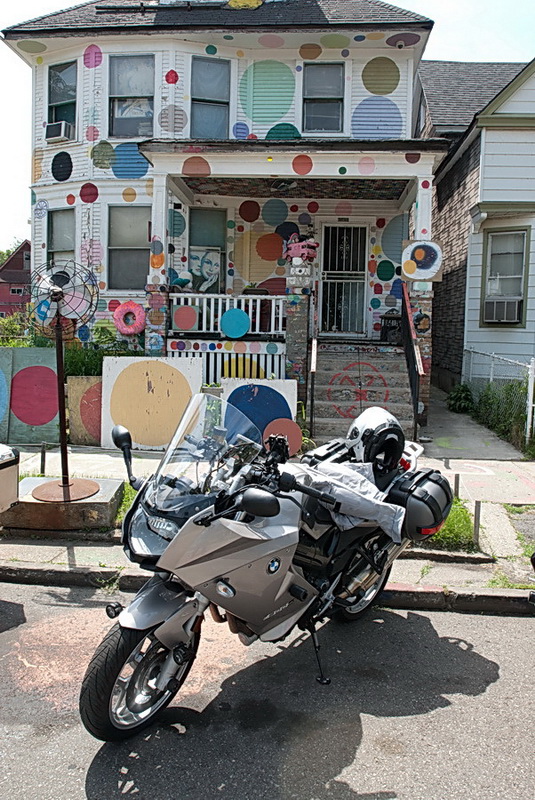 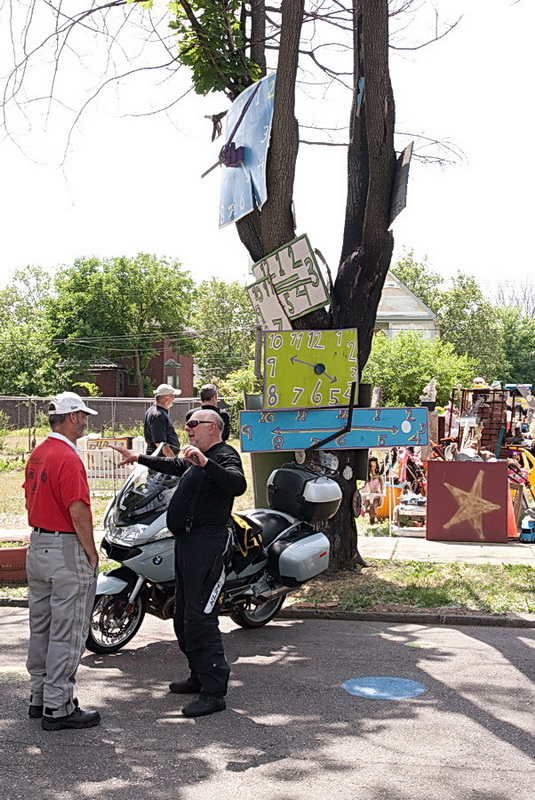 A quick ride across Woodward through the Boston Boulevard area and its elegant homes rivaling anything in the Pointes or Oakland County and finally finishing at the Fisher Building and a chance for a cold drink and conversation before breaking up and going our separate ways.

A great ride with a lot left for next year.  A thought:  Why not put one of the restaurants in Mexican Town on the Sunday itinerary?