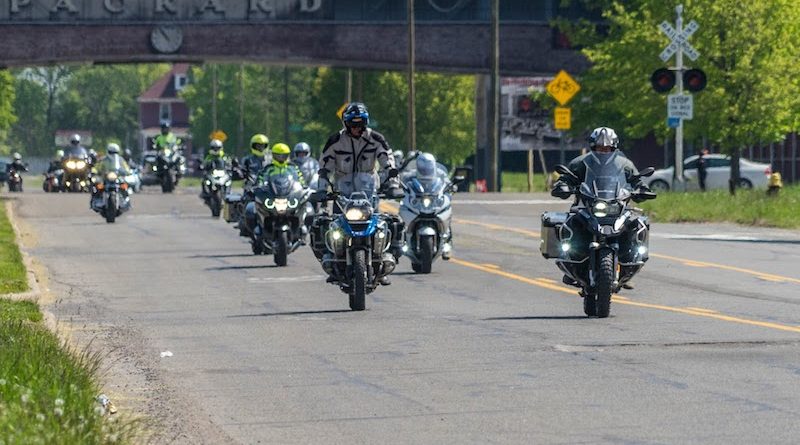 28 bikes and 30 riders joined the TCD on the 2017 installment of the Detroit Urban Cross Ride. This has turned into an annual club favorite event.  It was a fantastic sunny day to get out and see all the positive changes happening across the city.

Most started the day with some huevos rancheros at Los Galanes in Mexicantown. 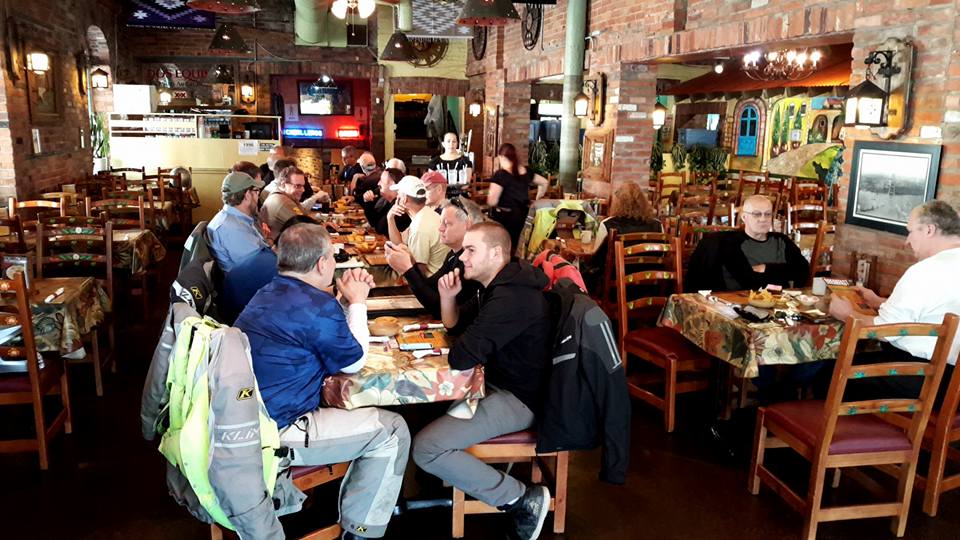 A brief overview before hitting the streets of Detroit. 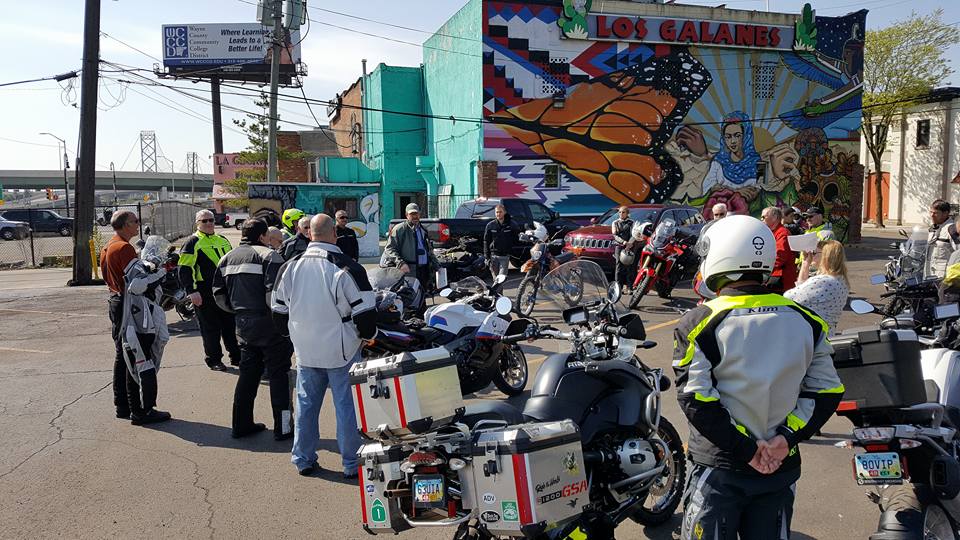 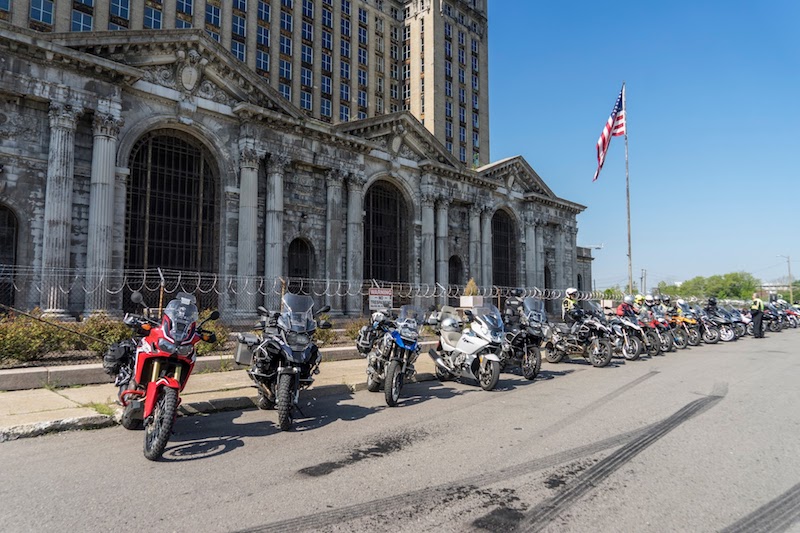 We then rode along the Detroit River by the RenCen and through Rivertown, and over to Belle Isle.  The state has really cleaned up Belle Isle.  It still has some more to go, but it's in great shape.  The park is mostly set up for the Detroit Grand Prix, and we rode through the grid, grandstands, and the outer section of the track. 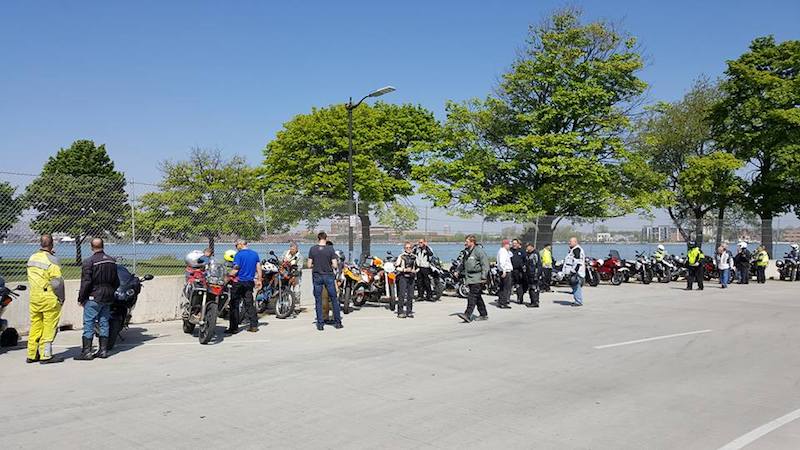 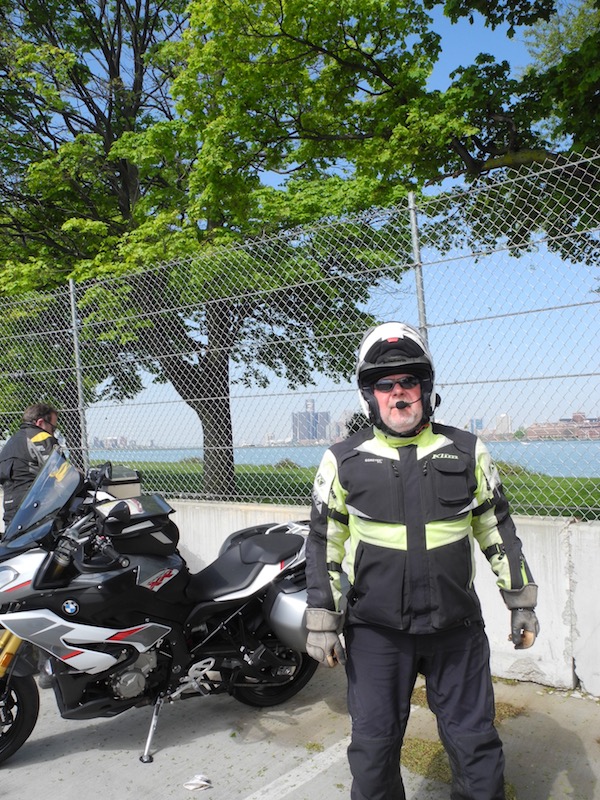 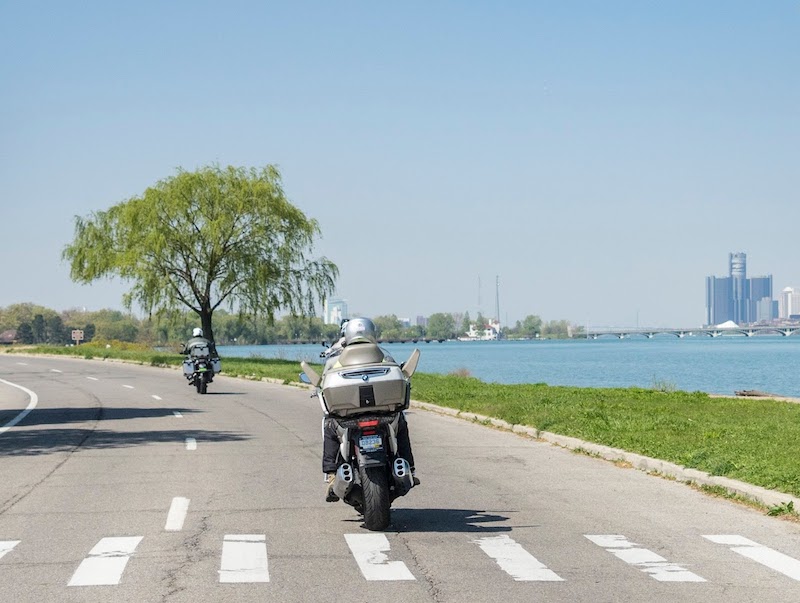 Indian Village is a historic, affluent neighborhood located on Detroit's east side, featuring many architecturally-significant homes built in the early 20th century.  It's still very well maintained and fun to tour. 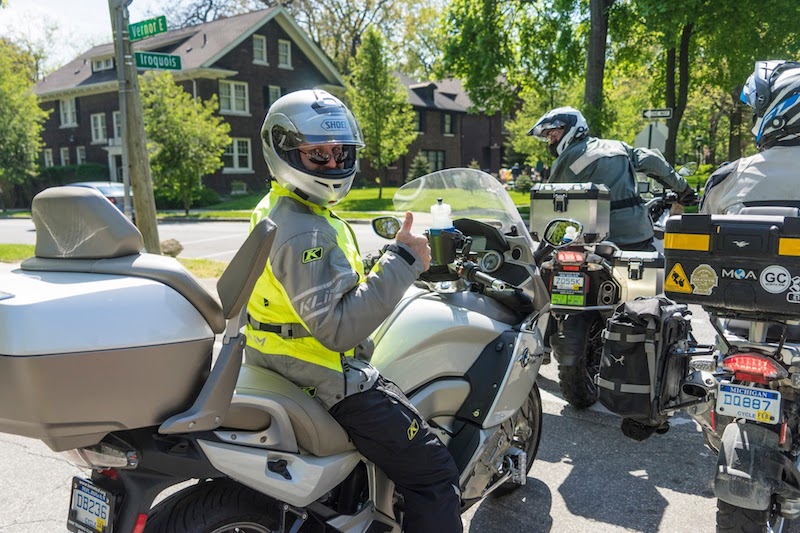 The Packard Plant was next up.  We just might have been yelled at by the the security team for riding through an "off-limits" area... 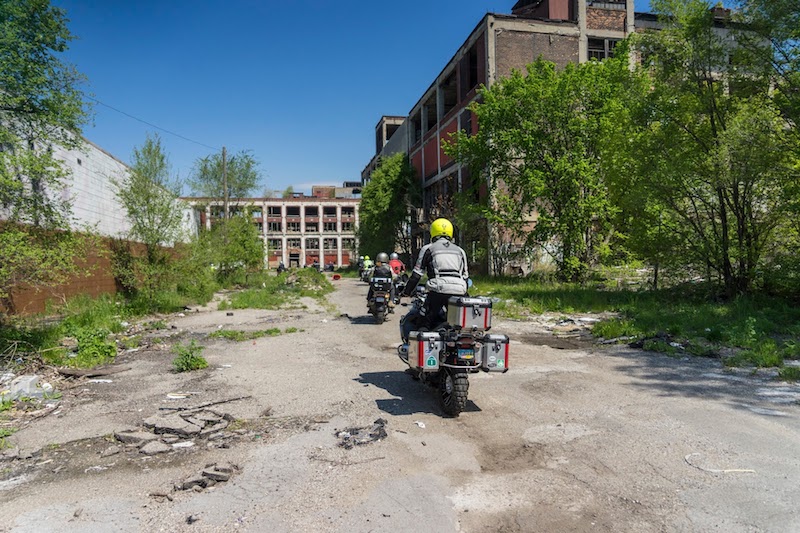 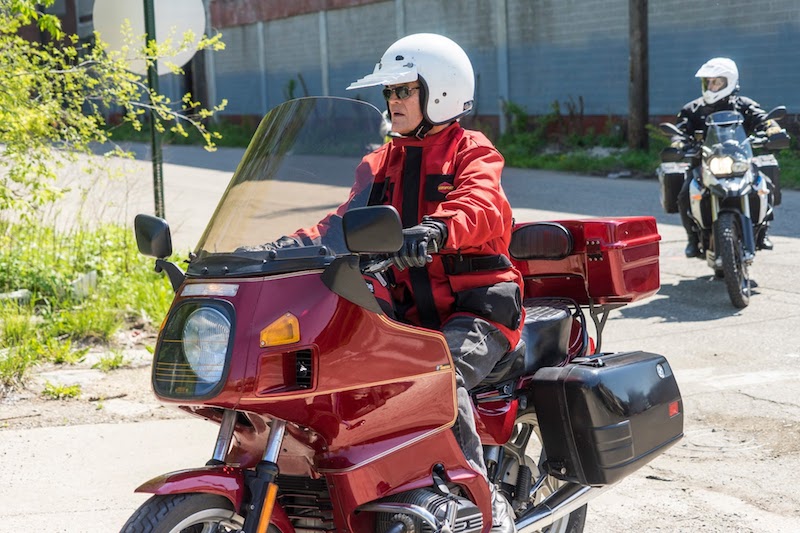 The security folks weren't too mad though, because they were nice enough to take some photos for us: 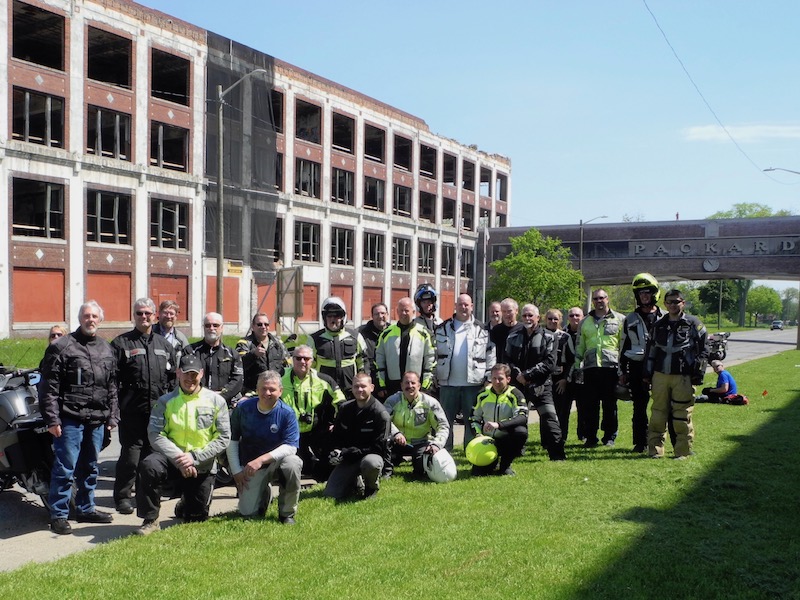 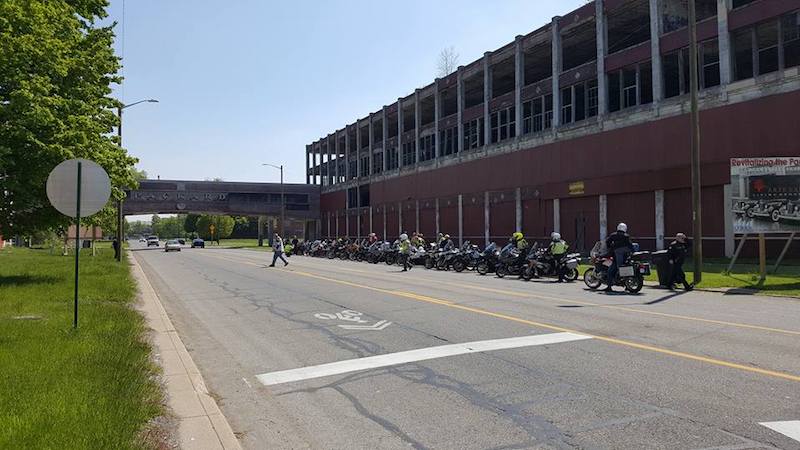 Attempting Eastern Market was not the best move of the day.  (Sorry!)  Being the day before Mother's Day, it was gridlock.  We slipped around on the side streets, and mostly missed the crowd - but got to see how popular this has become once again.

Downtown Detroit was bustling.  A big crowd came out for the breast cancer walk in the morning, and there were lots of people trying out the new QLine rail.  (Sorry, no photos of the action.)  Here's one just between Detroit District and Midtown: 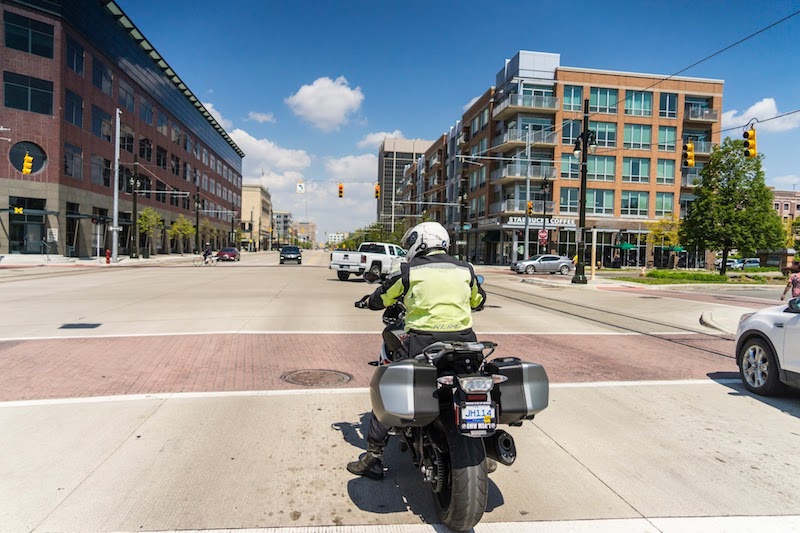 Everyone split into small groups to check out the scene at our destination for the day which included Shinola, Filson, 3rd Man Records, HopCat, MotorCity Brewing, etc.

All in all, a great day, and a great ride!

A special thanks to Kevin for all the great photos! 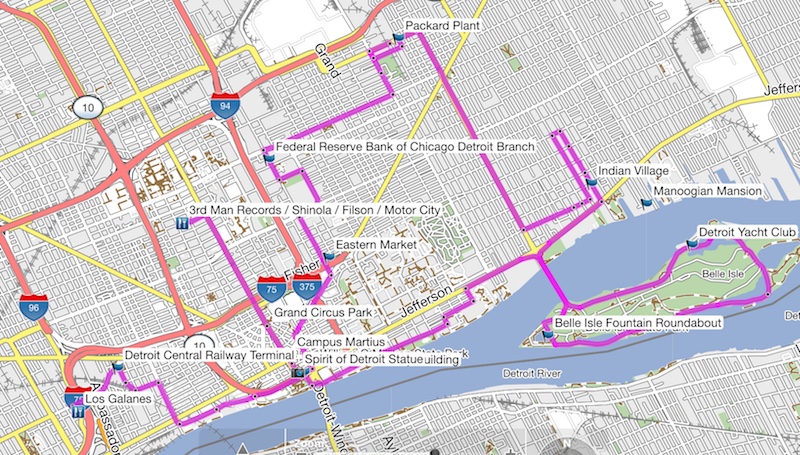