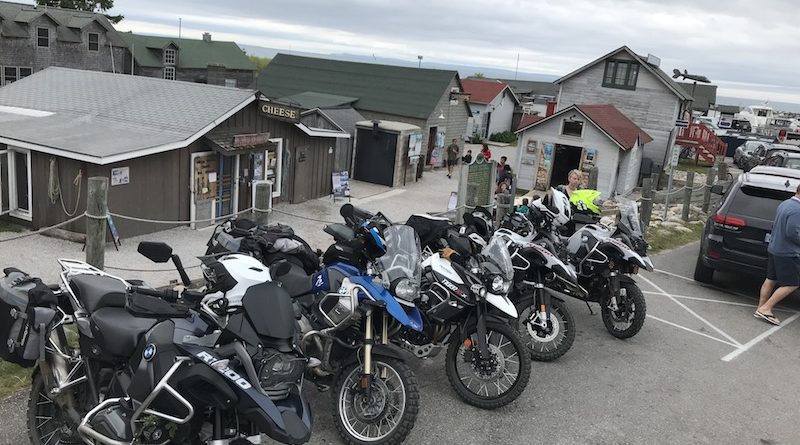 June 22nd, 23rd and 24th was the date for this years Longest Day ride at our long standing camp site Cyclemoore. We had a great turn out this year, 36 riders and friends showed up.  The ratio of GS/dirt riders to street riders was close to 50/50.  This seems to be the ride that most members make it a point to get to, and it was good to see friends that I hadn't seen in a while. I pulled into camp about 3:20 and there was probably 10-15 people already there, mostly the dirt riders who were already out on the trails. 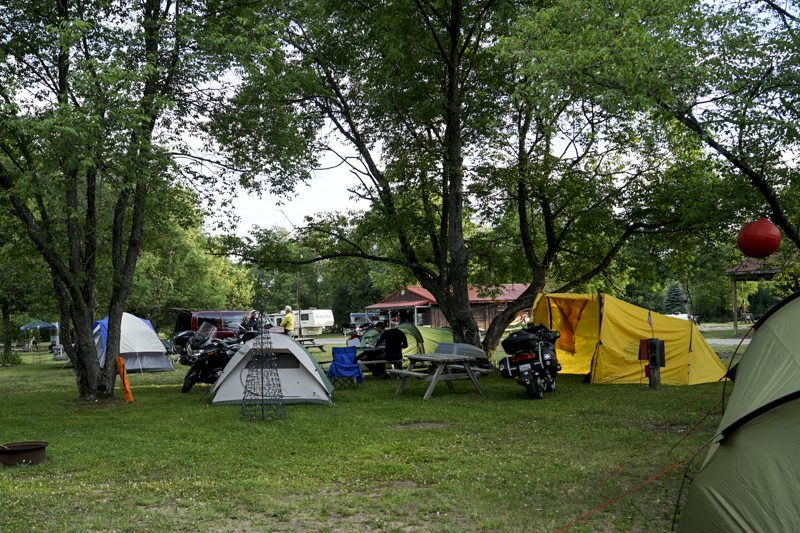 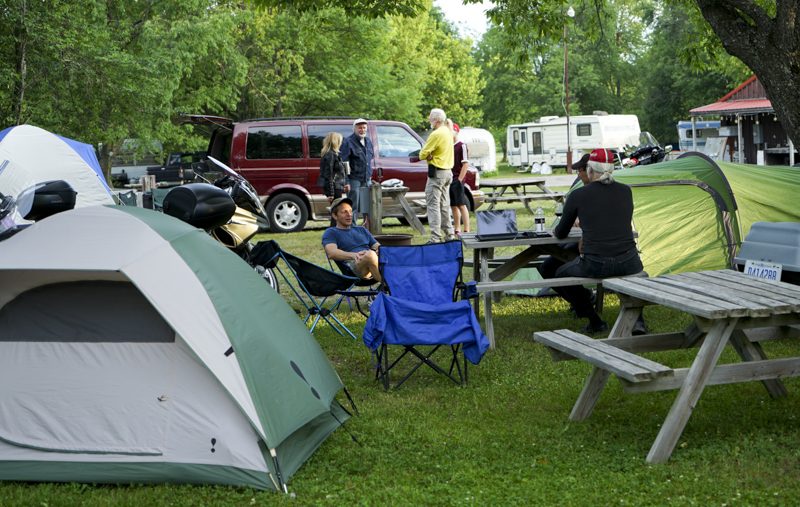 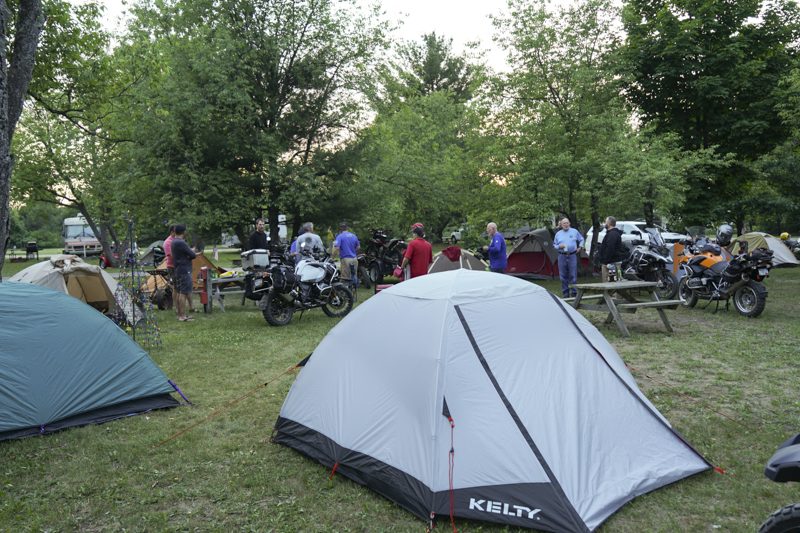 After a while, five of us went to the The Hofbrau Steak House & American Grille where the food and atmosphere is always good. After stuffing ourselves, we rolled back to camp where everyone sat around the fire and had a few adult beverages. 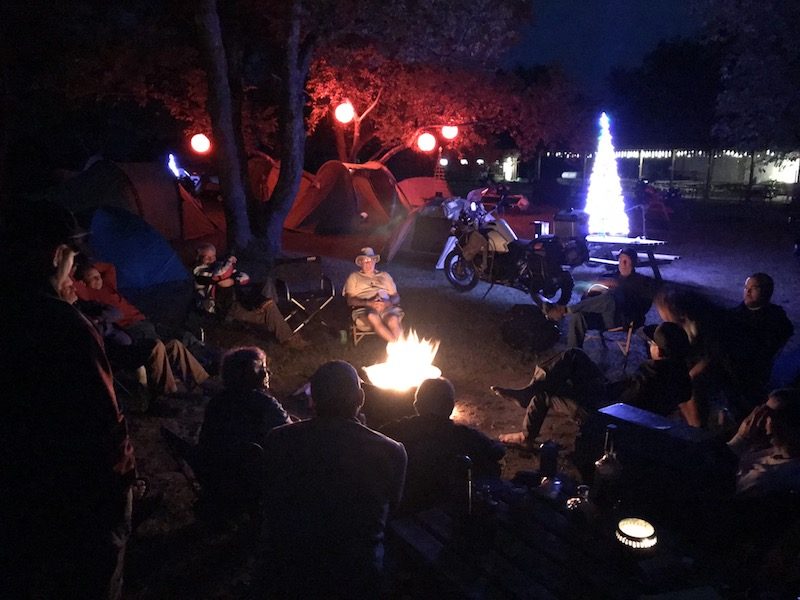 Saturday, everyone broke up into 4 or 5 groups and hit the road. Myself, Dave DeCook and Pat O'Neil went to the Old Mission Peninsula state park and walked around for a bit, then headed south through Traverse City and back up north to Leelanau state part to meet up with Dave's daughter who was camping there.  Then it was back south to Northport where we ate at The Garage Bar & Grill. More good food, and then it was time to head back to camp.  We stopped in Frankfort and had an ice cream at Kilwin's of Frankfort.  (a lot of our rides seem to revolve around stopping somewhere and eating)  Then 115 east to 31 and back to camp, where we had another fire and more adult beverages.

While most of the weekend the rain held off, it was overcast most of the time with the temps in the low 70's.  We did get a light rain early Sunday morning, sometime around 4:00AM. It only lasted about half hour at the most, just enough to get everything wet for breaking camp and packing up.  We were out of camp and stopped for breakfast (more eating) about 9:00AM.  The ride home was dry most of the time, we got sprinkled on a couple of times, and only rode through some moderate rain for about ten minutes.  I pulled into my driveway about 3:00, and 20 minutes later the skies cleared and it was sunny blue skies. Go figure. Had to set up the tent to dry our for day or two.

Overall, another nice ride. I always enjoy this one and look forward to next years. Here's my tracks for the weekends rides.

The GS crew met up at Uncle John's Cider Mill in St. John's MI for the ride to Evart and the start of the trail system to Interlochen. 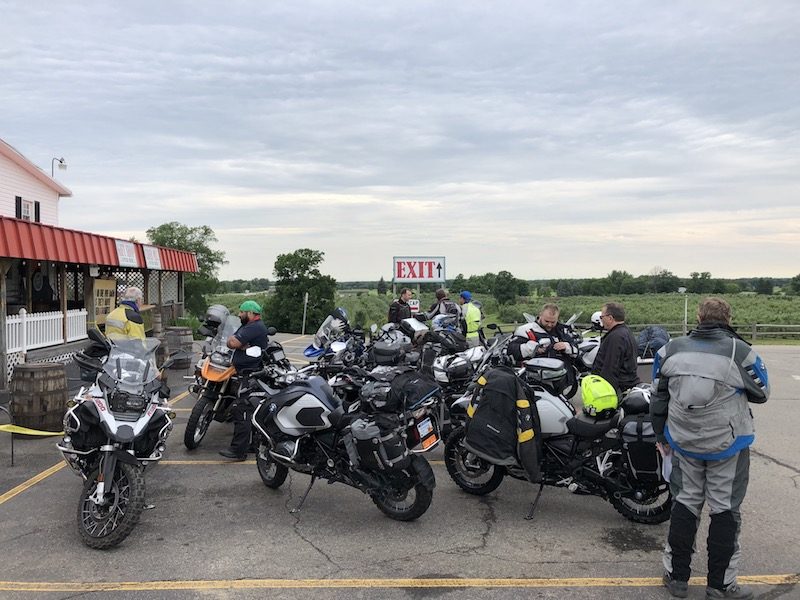 While they didn't have the hot donuts ready when the first of us arrived at 9:00 am, they made up for it by bringing out a full tray of piping hot donuts for us for free.

10 riders made the northerly trek, and another group started at the campground and rode south (they were the Thursday arrivals...). 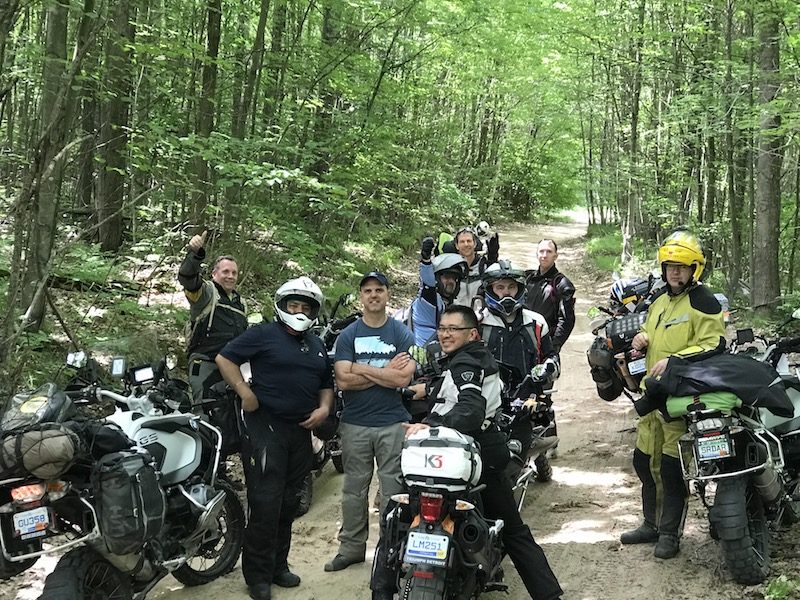 The trails up were fun as usual, with a fair amount of the challenging sand Michigan is known for.

Saturday, there were three groups off-road.  A mostly small bike group, a big-bike group, and a big-bike fun run group that did some trails then hit the pavement to see the sights in the local area.  It was a great day. 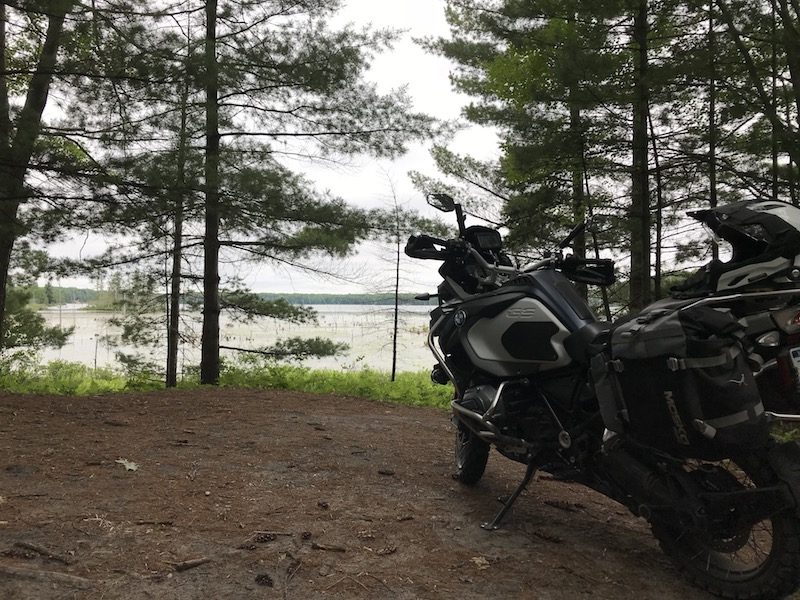 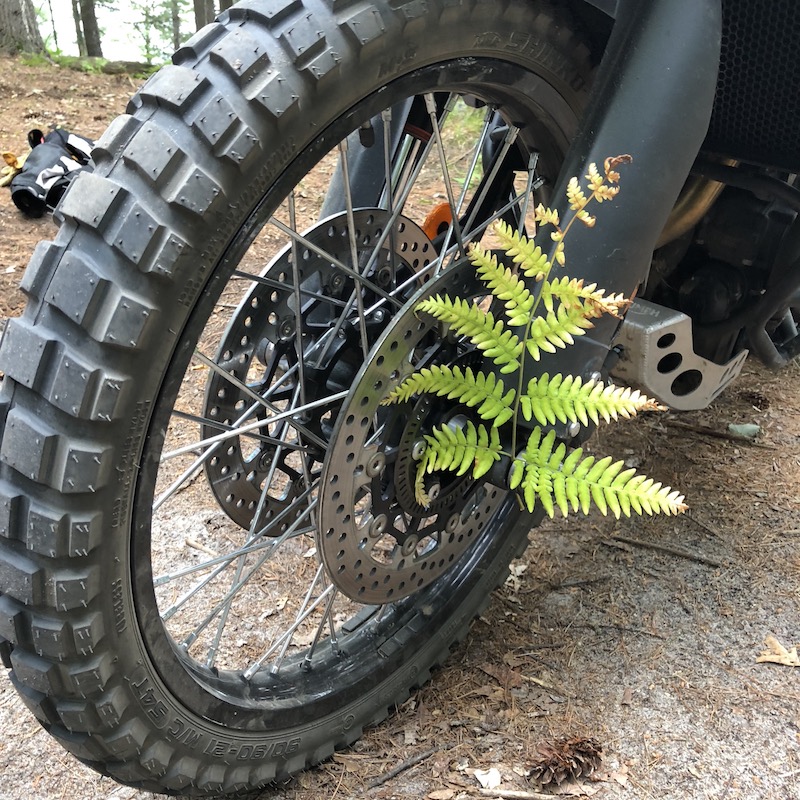 A trip to a sand pit provided some entertainment. 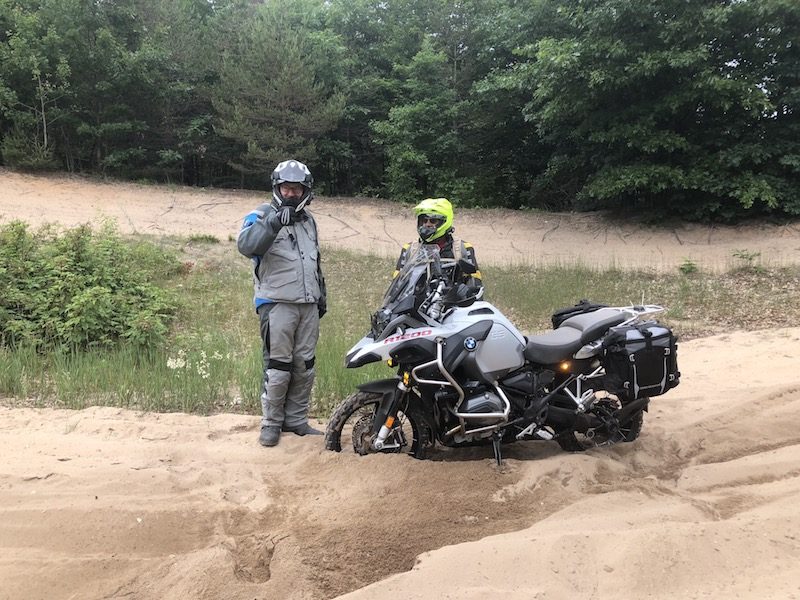 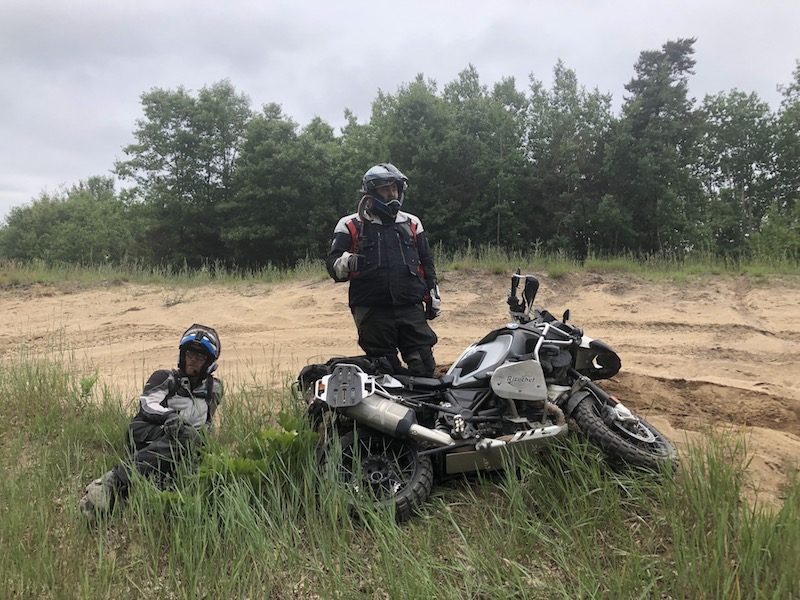 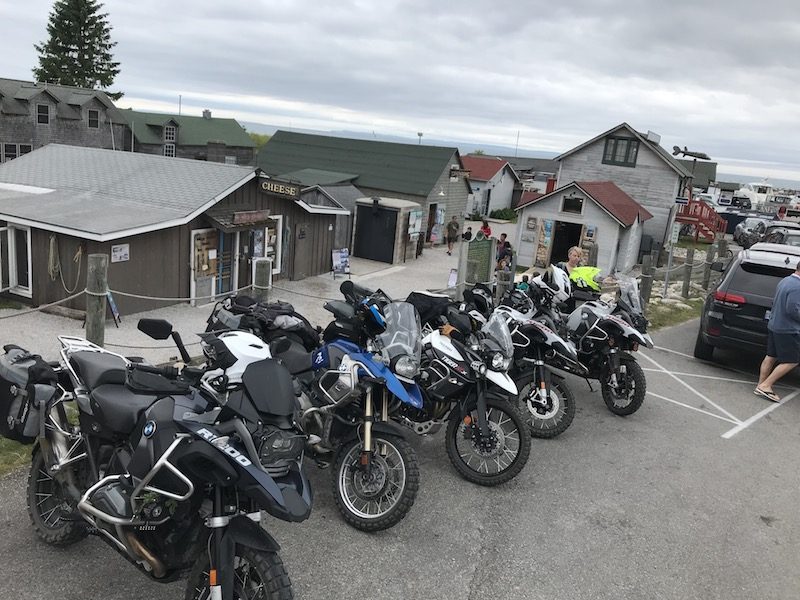 The Saturday night festivities were fun as always. 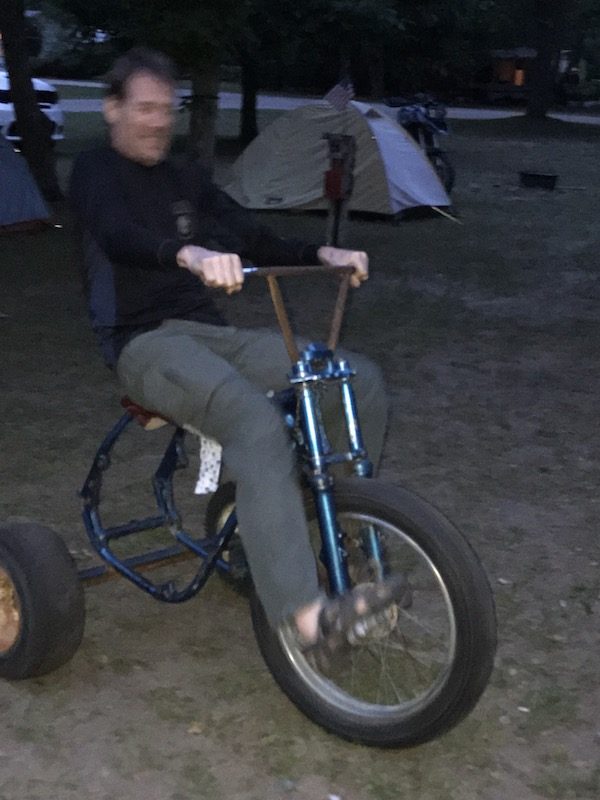 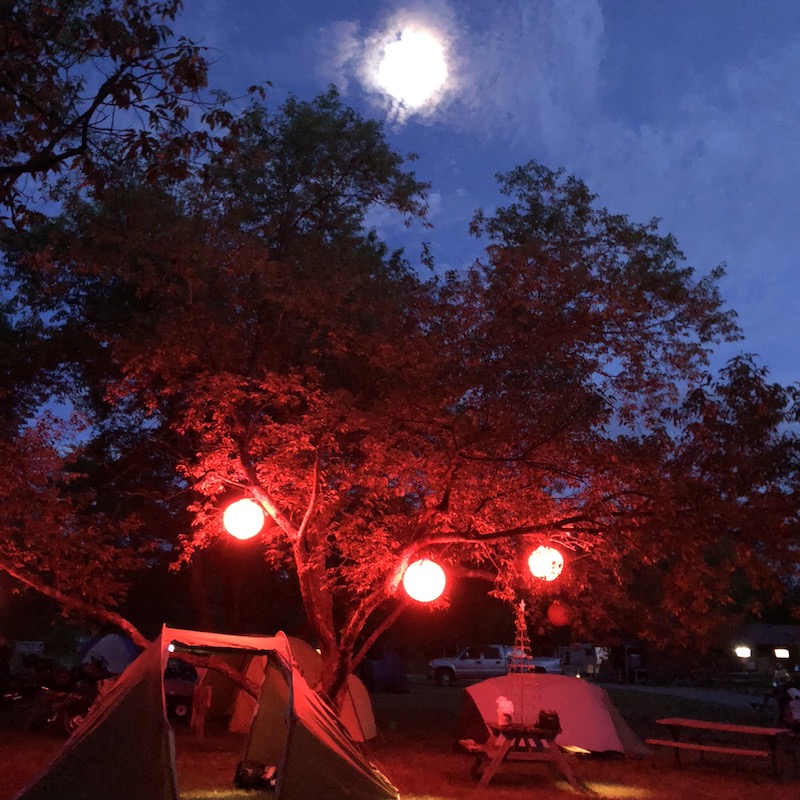 Overall, one of the best Longest Day rides many of can remember!  Don't miss it next year.